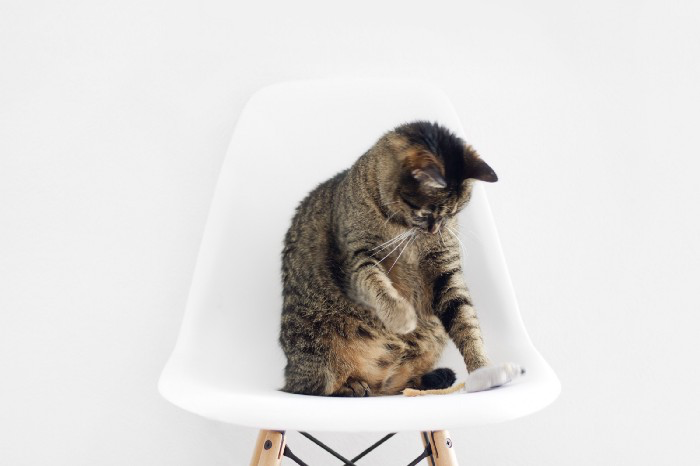 Photo by Sarah Dorweiler via Unsplash

Note: If you haven’t had a chance to read Part I of this series on solving messy problems, I recommend taking a few minutes to do so. I think you’ll find the context extremely helpful. Hopefully it’s a bit inspiring, too.

Why are you here?

Let’s start with an uncomfortable question.

Why are you reading this article?

In an infinite sea of content, why read this article? Why not put your phone down and do something else?

Maybe you saw the clickbait-esque headline (and picture) and couldn’t resist. Maybe you’ll do anything to avoid that other thing that you really don’t want to be doing. Or maybe you’re a friend or colleague and felt a vague sense of curiosity (great) or obligation (less great) to read on.

Personally, I hope that many of you are reading because you’re hoping to get better at solving messy problems.

If not, take a moment to adjust your focus accordingly.

That said, what’s the one, messy problem that you’d most like to solve? For example:

Grab a pen and paper and write your answer down.

If a specific issue hasn’t come to mind yet, that’s okay, too. In this part, we’ll cover a variety of examples that I think you’ll be able to relate to.

By the end, I hope you’re truly inspired — and a bit more prepared — to take on a challenge that’s meaningful to you.

What have we learned so far?

Consider a recent project or conversation that didn’t go as well as you’d like. If you’d taken a more structured approach, might things have gone better?

While there are countless problem solving frameworks, very few people instinctively reach for one when faced with messy problems.

That’s not to say that other frameworks aren’t useful—not at all. But objectively, they’d be a lot more valuable if people used them regularly.

In my experience, an approach doesn’t get used much if it’s hard to learn, doesn’t apply to a variety of problems, and doesn’t yield tangible benefits.

With this in mind, I’ve outlined a simple approach to solving problems that you can use throughout your personal and professional life.

As you’ll recall from Part I, the approach looks like this:

Again, to move from an idea to real world impact, the path is to:

The big takeaway? Most of us spend far too little time defining the context and truly understanding the problem. Instead, we jump right to designing solutions and executing them, which often leads to a variety of unforced errors.

How does this work in practice?

Whereas Part I introduced key concepts, Parts II & III are about putting them into practice.

Specifically, Part II focuses on how to properly define your context and better understand the problem. This part is about learning to “slow down to go fast.”

For each step, I’ll begin with an example that demonstrates the value of the step. Then, I’ll explain where things tend to go wrong. Finally, I’ll share some thoughts on how you can more thoughtfully approach each step.

Articulate the problem + Build the case for change

Imagine one of your family members is living an unhealthy lifestyle. You’re concerned that if you don’t intervene, their actions will have serious consequences for you and other family members.

The problem and its impact are evident, right?

What does it mean to be unhealthy? Are they overweight? Continually stressed? Living beyond their means? Something else altogether?

Whatever the problem is, who is impacted? In what way? And why does it matter?

Further, how do you know that the family member isn’t making progress on their own? Why do you need to get involved?

And most importantly, why is it more important to take on this challenge than tending to your job, your children, your spouse, your community, or something else?

When you’re articulating the problem, the objective is to describe the specific challenge that you hope to solve. A deep understanding of the problem isn’t required at this point — just enough to clarify the problem that you’re hoping to solve.

Once you’ve articulated the problem, the focus is on building the case for change. Here, the goal is to make it obvious to everyone involved why something must be done, and right away.

Note that articulating the problem and building the case for change is often an iterative process. Pick a problem, then ask why it matters. If the “why” isn’t compelling, then you’ve either picked the wrong problem — perhaps the problem is too broad or too narrow — or didn’t adequately build the case for change.

The example given above is typical of how we approach problems, especially in our personal lives. We recognize something undesirable, and then make a series of assumptions and logical leaps. Before long, we’ll come up with a solution and spring into action.

Unfortunately, this approach isn’t very effective. Why not? Because when we haven’t carefully thought about what the problem is and why it matters, we’re much more likely to head off in the wrong direction, miss out on support from those that can help, or lose interest once we realize that this challenge isn’t one of our top priorities.

By slowing down to clarify the problem and why it matters, we can greatly improve our odds of achieving the impact we desire.

Imagine a government that’s launching a $10 million contest to generate innovative ideas in the healthcare sector.

If the contest stimulates several incremental improvements but no breakthroughs, is that a success?

What if no immediate opportunities are identified, but participants learn many lessons that might be valuable in the future?

What if the contest leads to several transformational initiatives, but the way the government runs the process discourages other foundations, non-profits, and businesses from investing in future healthcare innovation?

Which of these are successes?

Once you’ve created the case for change, it’s imperative to create a vision for success that’s compelling and shared by key stakeholders.

Returning to the example above, the way the government defines success will influence nearly every aspect of the contest’s design, execution, and impact.

In this case, the government might consider success across different time horizons and within the broader healthcare ecosystem. For example, success might include a balance of short-term successes, which are important for building enthusiasm, and more fundamental learnings, which could enable future innovations. Further, publicly celebrating failures may encourage others to try new things and take important risks.

Succinctly capturing such a vision can be challenging but doing so provides an invaluable set of guidance to use going forward.

Determine the root causes of the problem

Imagine you’ve decided to start waking up at 5AM every day. You believe that doing so will make you more likely to exercise, help you get ahead at work, and give you more quality time with your daughter in the evenings.

You believe that the secret to making the change is to persevere through enough groggy mornings to let your body adapt. After two weeks of hard work, you’ll be golden.

You’ve tried to get on the new schedule three different times in the last year, but after a few days you’re scrambling out of bed at 8:30 again. As much as you hate to admit it, you just don’t seem to have enough willpower. If you want to make the change, you’re going to have to find a way to try harder.

Is effort or willpower really the issue?

By definition, multi-faceted problems are complex, ambiguous, and full of dependencies. As a result, the objective of diagnosing the problem is to fully understand the causes and implications of a given problem. Doing so provides the foundation for an effective plan.

Returning to the example above, insufficient effort or willpower probably isn’t the issue. In fact, the very idea of willpower is a lot more complicated than it seems.

On the other hand, slowing down to understand the causes of the problem can lead to new insights. Perhaps you’ll realize that you’re less likely to wake up on time if you stayed up late the night before. In that case, what keeps you from getting to sleep on time? Are you addicted to a new Netflix series? Is your partner working late? Has your daughter been having a hard time falling asleep? And for each of these potential causes, what explains why that cause is occurring?

In many cases, it’s not possible to identify the root causes with absolutely certainty. Nonetheless, fully exploring the problem will make it easier to identify potential solutions and further hypothesis to test.

Now that you’ve made it through the second part of the series, what are the messy problems that you want to take on? Do you feel more inspired or empowered to give it a go?

Also, take a moment to reflect on what you learned.

Personally, writing this article made me realize how often we (wrongly) assume that we know what problem we’re trying to solve. A wise, former boss of mine realized this many years ago. No more than 30 seconds into every conversation, he would interrupt and ask: “What problem are you trying to solve?” Until that question had been answered, the conversation couldn’t move forward. As painful as it was, he was onto something.

In Part III, I’ll cover how to create integrated solutions, executing in earnest, and learning and adapting.

Note: A version of this article was previously published on Medium.com