How to solve messy problems (Part I) 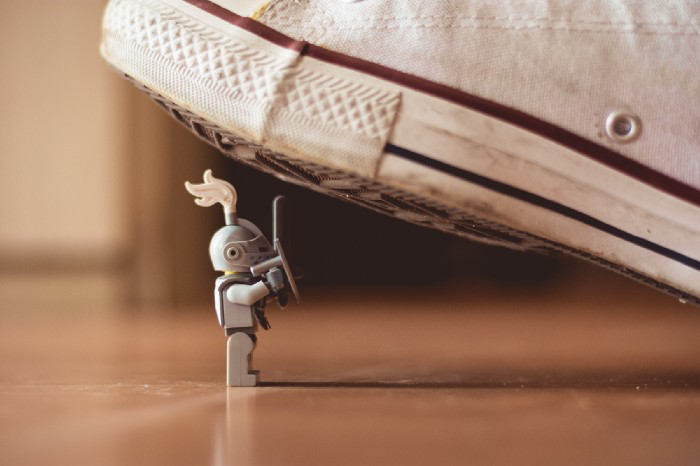 Photo by James Pond via Unsplash

The case for change

Contrary to popular opinion, there’s a lot that’s going right in the world. In the last quarter century, more than a billion people were lifted from extreme poverty. Major diseases are being eradicated. Renewable energy sources are slowly replacing non-renewables.

On the other hand, we’ve created an awful lot of messes, many of which are getting worse each day. Major cities are running out of water. Natural disasters are on the rise. Economic inequality is the highest it’s been since the Great Depression. Life expectancy is falling in major countries. You get the idea.

Sooner or later, we’re going to have to start fixing things.

A lot of things.

And herein lies the problem: Most of us aren’t that good at translating our desire for change into real world impact.

Think about the New Year’s resolutions we make every year. Health clubs are overrun in January, but within a few months, only the regulars are left. One study found that for every 100 people who said they planned to make a New Year’s resolution, 67 actually did so, and only 29 maintained their resolution through the first half of the year.

But wait, surely we must do better when the stakes are higher?

Sadly, no. Heart disease is the leading cause of death worldwide, but only 66% of patients with a history of heart disease adhere to the drug programprescribed by their doctor. Perhaps more alarmingly, another study found that among patients that received coronary bypasses, just over half adhered to the recommendations for diet (55%) and exercise (59%).

Even as our society begins to recognize the many challenges that require our attention, I’m deeply concerned that we lack the ability to translate inspiration into impact.

A vision for success

To be clear, I’m not talking about our ability to solve easy problems. Need to paint a wall? Watch a few YouTube videos, buy some supplies, and then paint your wall. Or just hire someone to do it for you.

Instead, I’m talking about solving multi-faceted problems. Or perhaps more simply, messy problems. Problems where it’s not obvious how to solve the problem (ambiguity) but you know that the solution will have many layers (complexity) and require support from several stakeholders to implement (dependency).

Here are a few examples that come to mind:

These are challenging problems to solve, so perhaps it’s not surprising that there’s a $229 billion management consulting industry that employs 1.6 million people. Ditto for the $9.9 billion self-help industry.

Actually, that is surprising. We’re spending an insane amount of money asking others to help us solve the problems that we care about, and its unclear whether we’re actually building our own capabilities in the process.

More importantly, few organizations have the luxury of paying $100K per week for a team of experts, and we can all appreciate how challenging it is to apply the learnings from the many books, seminars, and speakers that are available.

The goal of this series is to share an approach for solving multi-faceted problems that’s easy to learn, can be used in almost any personal or professional situation, and improves your ability to take on the challenges that matter to you.

More specifically, I hope that by embracing this approach you will:

Over the last decade, I’ve had the privilege of helping governments, non-profits, foundations, and businesses tackle some of their biggest problems. I’ve also spent countless hours advising friends and family, and — most difficult of all — trying to change my own life.

In my experience, there are five big reasons that our attempts to solve messy problems fail:

Sure, bad luck comes into play. The stock market crashes the week before your company goes public. A key player on your team quits after you launch a new initiative. You get dumped the day after you start a new diet. These things happen.

On the other hand, an awful lot of failures are the result of unforced errors.

If we didn’t think about how a key stakeholder might respond, that’s an unforced error. Same thing with skipping ahead to the answer before you fully understand the problem. We do these things all the time, and they’re often the reason that our efforts fall short.

In a funny way, though, this is great news: There’s a lot that we can do to get better at translating our ideas into impact.

Okay, so how does this approach work?

At a high level, moving from inspiration to impact looks like this:

Keep this in mind: When faced with a complicated and unfamiliar situation, there is tremendous value in simply following a framework.

No, using a framework doesn’t guarantee that you’ll come up with a great solution. But forcing yourself to go through the process helps you to avoid major missteps, including ignoring a key set of activities or going about them out of order.

This is the first important takeaway: Simply using a framework can help you avoid a lot of unforced errors.

Now, let’s take a closer look at the approach.

A better solution: A closer look

First, this approach is iterative. Our initial solution is rarely perfect (more on this in Part III), so we should expect to cycle through steps #2–5 until we’ve achieved the impact that we’re looking for.

Second, the amount of time and effort this approach requires varies by problem. For a problem in your personal life, you might spend 10–20 minutes working through the various steps. In a different context, your team might spend weeks, months, or years on a single step. Regardless, spending even a few minutes on each step can lead to new insights and better outcomes.

With that out of the way, let’s talk about the purpose of each step:

Again, this all feels straightforward, right?

Hang on a second.

Most of us invest far too little time on the first two steps. Why?

Many times, a combination of overconfidence, impatience, and external pressure conspires against us. Other times, we seem to avoid the genuine discomfort of building consensus or accepting the things we don’t know.

This is the second important takeaway: Regardless of whether you’re trying to improve yourself, provide sound advice to friends, or change the world, make sure you’ve defined the context and truly understood the problem before you move forward.

So far, we’ve covered a simple framework that can be applied to a wide variety of multi-faceted problems. We’ve also discussed the value of using a framework and why we should spend more time defining the context and understanding the problem.

In Part II and Part III, I’ll go into more detail on each step in the journey from inspiration to impact, including an example of why the step is critical, where things tend to go wrong, and how to avoid the most common pitfalls.

In the meantime, take a moment to consider whether following this approach might’ve saved you from a headache or two in the past. Personally, I’m going to figure out how to stop snoozing my alarm each morning and finally get on an earlier schedule.

More importantly, consider whether this approach empowers you to tackle that messy problem you’ve been hoping to solve. After all, the world needs more inspired leaders like you.

Note: A version of this article was previously published on Medium.com